August 2016. Herlin Rombe Langsa, NPM: 4513013067 with thesis title "Analysis of Financial Statements Fiscal Correction commercial PT Toarco Jaya Makassar  '(guided by the Word Menne, SE., M.Sc., Ak., CA.sebagai consultant I and . Thanwain, SE., M.Si as a consultant II). The background of this penelian source of state revenue from tax sector there are many kinds. One is the corporate income tax (corporate income tax), which is charged to the income tax on income of a business entity or business profits both from domestic and overseas revenue. One of the obligations of the taxpayer, especially taxpayer is to make bookkeeping as a process that is done on a regular basis to prepare a financial report (financial statement), which includes the balance sheet or statement of financial position, statement of comprehensive income, cash flow statement and the details of each heading in the financial statements, therefore the study was conducted at a company in the city of Makassar precisely in PT Toarco Jaya who engaged in the business Toraja coffee production, this study took place from March to May 2016. This study aims Analyzing temporary differences and differences remain over revenue and expense accounts at PT Jaya Makassar and Correcting Toarco commercial income becomes taxable income PT Toarco Jaya Makassar by the Financial Accounting Standards and the Act PPh.Dengan use descriptive research type of dependent variables Profitability modify two research methods quantitative and qualitative as well as three data collection techniques: observation, interview and documentation. They found the result that the amount of positive fiscal correction permanent differences calculated by the researchers is Rp.107.113.942,00, and the number of negative fiscal correction permanent differences calculated by the researchers is Rp.13.276.450,00.Jumlah positive fiscal correction of temporary differences amounting to Rp , There 2.500.000,00 deferred tax assets of Rp.625.000,00, obtained from the amount of temporary differences fiscal correction, which is Rp. 2.500.000,00 x 25%. The income tax should be paid by PT Torco Jaya Makassar for 2014 is Rp. 216,505,838.08. 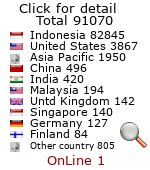